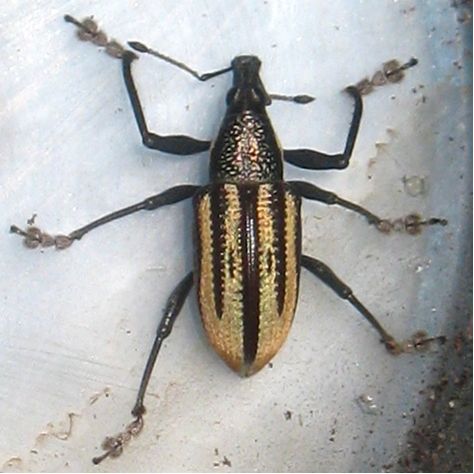 This is another exotic invasive pest insect.  It has caused problems in citrus in the Rio Grande Valley, but it has a rather extensive host list (over 270 plant species from 59 families).  See the attached article for more details.  Below is a report from June 26, 2012 in Houston.

On Tuesday night, 6/26/12, I found another Citrus Root Weevil in Houston. After the first one was found in Houston in 2009, I found one on my street, Glen Cove. Since I had not seen any in over two years, I had hoped that they had gone away.
This time I found the weevil on the corner of my house, I assume it was attracted to the light there.